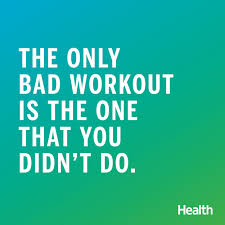 I hope you have had a good week.
For us as a family this week.
I had my first jab on Thursday and have had no side effects at all, I felt a little strange after the Pilates class on Friday morning, took a couple of paracetamols and that was all.
Saturday was Tony’s birthday, his second in lockdown and the 3rd time I have promised him a trip to Italy to the Vespa Museum, maybe next year darling!

A census is the procedure of systematically enumerating, and acquiring and recording information about the members of a given population. Wikipedia
The UK’s national censuses will be conducted from 2021 – 10 years since the last time major surveys of the nations were carried out.
Taking part in the census is a legal requirement with households facing fines of up to £1,000 if they do not participate or give false information.
Have you done yours?
You may not have noticed but your Census letter was signed by the National Statistician
Professor Sir Ian Diamond which leads me nicely into my next chapter.

Diamond Wedding…..Shhhh don’t tell them I told you.

Congratulations to my amazing parents on their 60th wedding anniversary (who deserves the medal the most)
What does Julie get from her parents apart from good looks. Mum has always kept herself fit and was a member of the KFA for years, as I was brought up with fitness and dance it’s mum I thank for my introduction to fitness. Dad, well apart from his height, dark hair and dark skin I also get my silly jokes and personality.
60 years, let’s hope the Queen remembers.
Neil Diamond was born on January 24, 1941. He celebrated his 79th birthday in 2020 (so did mum)
Shirley Bassey Diamonds Are Forever (1971)
Rhianna Diamonds in the sky 2012
A Year on 20th March 2020 – 21
This was the poem I wrote to you for last year